An age of anxiety

We are living in an age of anxiety. After decades in which the norm has been optimism, everywhere market participants are extremely nervous about evolving and political trends. Major changes are taking place the outcomes of which are very uncertain. Sandy McGregor offers some perspective.

The expansion of international trade has been one of the most important engines driving global economic growth since the early 1980s. US President Donald Trump’s trade wars have rudely disrupted this process, bringing the expansion of global trade to a halt. This is reflected in the decline in exports, as shown in Graph 1. 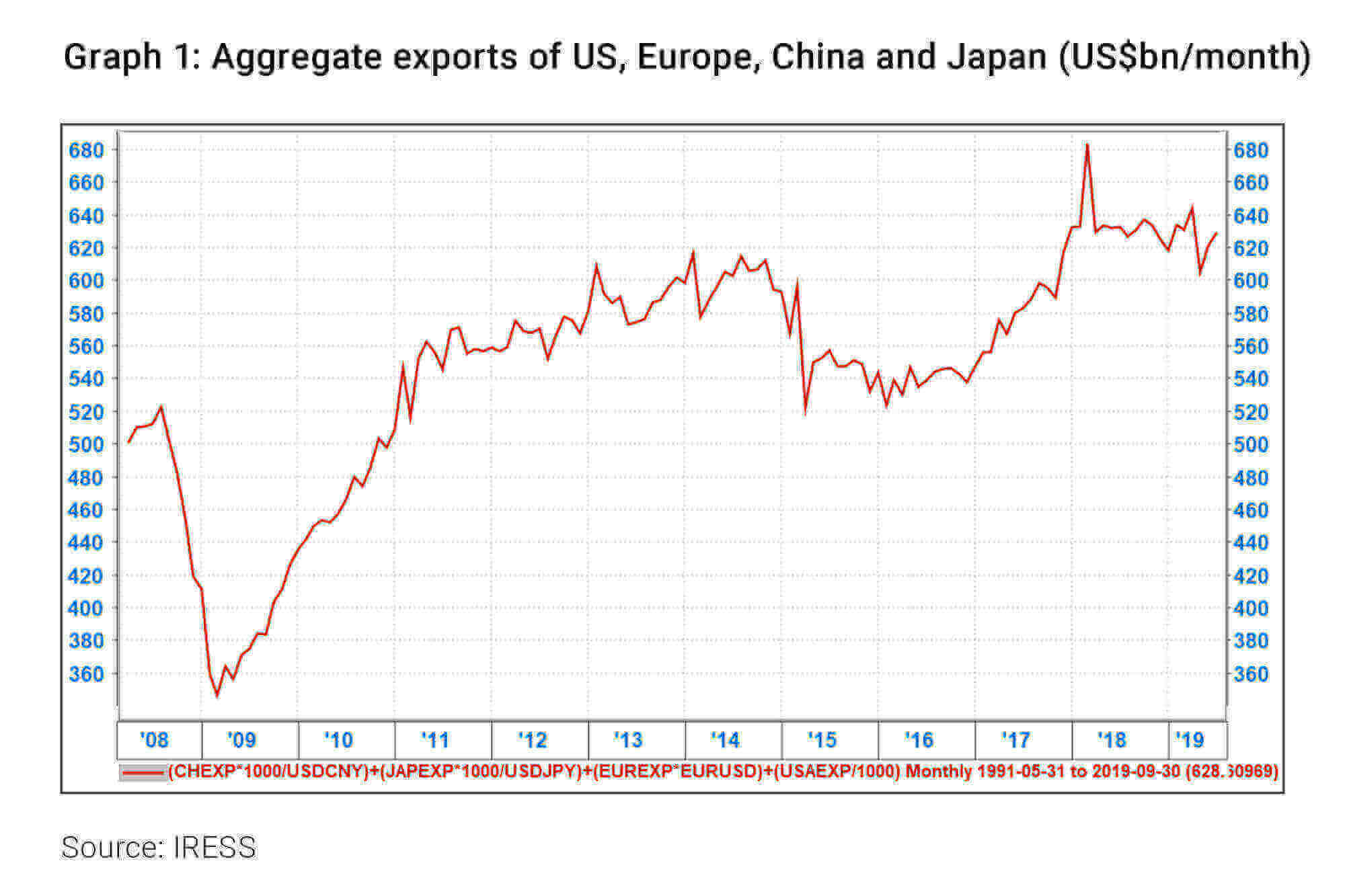 China has been the focus of Trump’s erratic and aggressive demands, and as China has its own problems to deal with, the timing is not ideal. As is shown in Graph 2, its growth is slowing as it goes through a difficult transition to be a consumption rather than investment-focused economy. 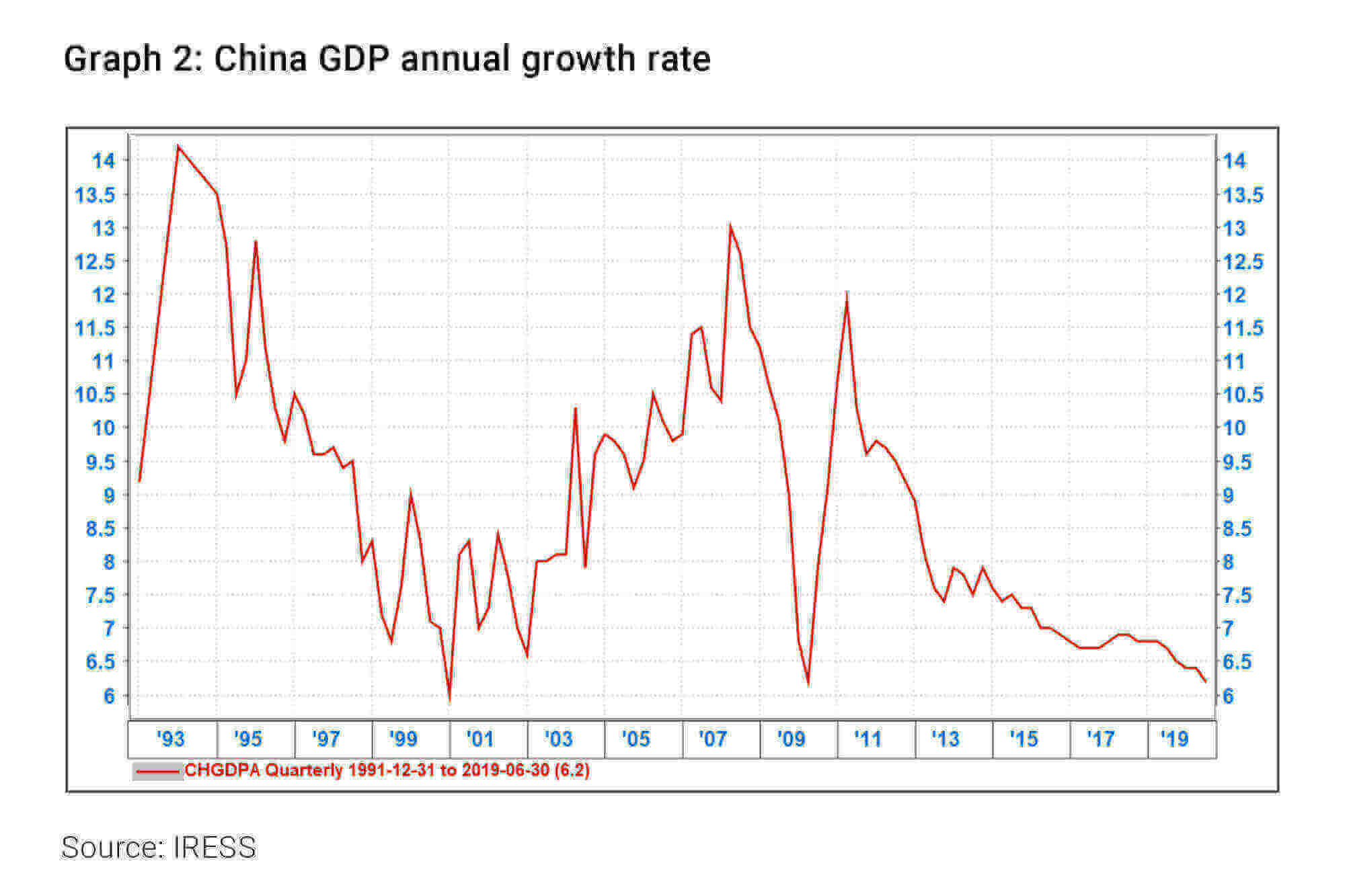 The Chinese leadership seems to have concluded that it cannot concede to most of America’s demands and is willing to accept the consequences. A limited agreement restricted to items such as an agreement on competitive devaluations and purchases from American farmers is possible because these are in Chinese interests. In contrast to its past behaviour, China has not responded to an economic slowdown with aggressive monetary stimulus.

There are widespread concerns that the world is slipping into recession. Despite a buoyant labour market, the US yield curve has inverted, as shown in Graph 3. Of all leading indicators the inversion of the yield curve has the best record in predicting recessions. With interest rates so low, central banks no longer have any firepower to prevent recessions. 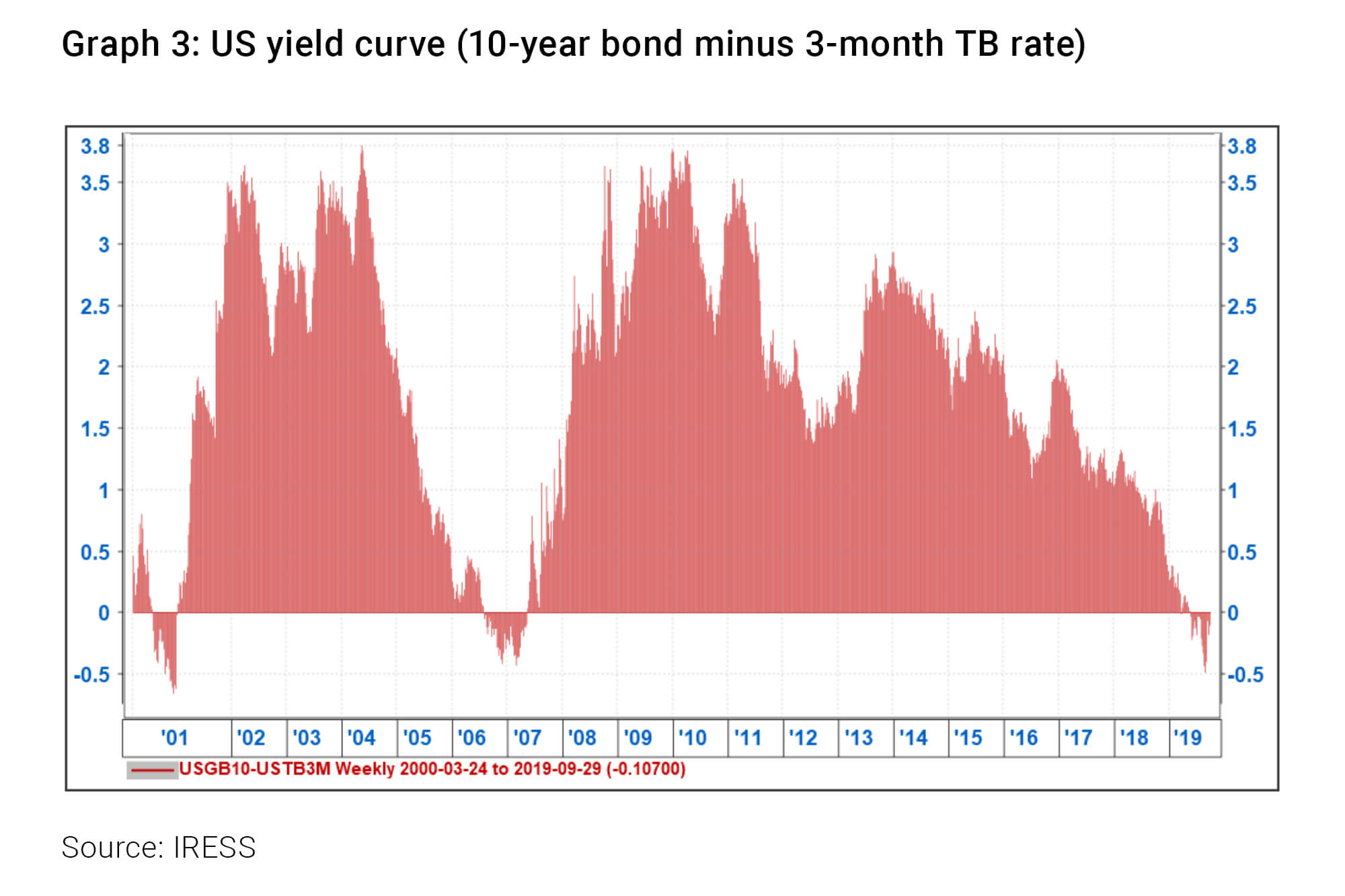 The political system is responding to growing popular discontent by shifting to the left. Socialists and greens are increasingly monopolising the debate. The threat of increased taxation is growing, as are radical policies, such as funding government spending by printing money.

A look at things locally

In South Africa we also are suffering from widespread anxiety about the future. Many are giving up hope that we shall be able to find our way out of our present malaise. However, it is important to recognise that unlike in many other countries, there are things we can do which could meaningfully improve our medium-term prospects. Some of these ideas were touched on in the National Treasury’s recently released Economic Policy Paper, which has received significant support within ANC governing structures.

Successful economic policy requires that priority be given to interventions which offer the greatest impact at the least cost. Rapid action to promote these opportunities is the best way to set us back on a growth path.