The first half of our lives we spend wishing time would hurry up - life simply moves too slowly. The second half, however, we wish time would slow down; every second counts. This is the simple insight of our new television advertisement, which uses a fairytale to illustrate a wisdom of life, while subtly reinforcing the importance of time in the journey of creating wealth.

The advertisement is set over a 35- to 40-year period, roughly 1960 to 2000, somewhere in South Africa. This is the story of an ordinary girl, from a middle-class family. As the girl grows older she does well. She studies hard and gets a good job. She marries and moves into a comfortable suburban home. She has a baby girl who is the apple of her eye.

Early on in the story we see the human truth of the impatience of youth. Our little girl is told that her birthday is only five days away. Wishing that 'time would fly' she discovers a way of travelling through time to the point in her life at which she wants to be. The girl uses her technique often in her young life to hurry time along. She time travels when she is not tall enough for a fairground ride, when she cannot wait to get married, and when she cannot bear to endure nine long months of pregnancy.

The teams at our advertising agency, KingJames, and production company, Velocity, spent a lot of time researching different reference actions and filming techniques to allude to passing through time. But we needed to make this particular time-lapse our own – ultimately deciding on a nose squeeze. By blowing her nose the girl creates an energy field that builds up to an enormous crescendo that 'pops' her forward in time.

Great care is taken each time a "new" girl is introduced. The girl’s position is matched using markers and video overlay is used to match the shots during the transformation. Background changes are minimal and subtle. The main character is played by different people in real life at different ages; facial features were painstakingly matched during casting, with special make-up used to enhance the appearance of the same person growing older.

In the final scene we recognise our lead as the child who has now become an adult. Across the room, standing in front of a mirror, is a beautiful little girl playing dress up. Our heroine watches her lovingly, savouring the moment.

TIME CAN WORK ITS MAGIC FOR THOSE WHO ALLOW IT, AND WHO ARE FOCUSED ON THE LONG TERM

There is a change in mood as it becomes apparent that the little girl has had enough of pretending – she too would like to be grown up... Mom is watching as her daughter tries to hold her nose and blow into the future. Our heroine has grown wiser with age. Her more mature perspective has lead to a deeper understanding that time passes quickly. She realises what her daughter is trying to do and holds her back. Instead of the desire to speed time along, she is desperate to hold on to these precious mother-and-daughter moments.

Wanting to be older and speed time away is an emotional phenomenon we all experience when we are growing up; then comes the turning point. We hope this 'ah-ha' moment resonates with viewers.

Time is valuable, make it count

In advertising, as in other forms of storytelling, one has the luxury of suspending belief. We are using this short fairytale-like story to illustrate a truth about life. Our advertisement aims to evoke an emotional response and an appreciation for the swift passage of time. Within this emotional treatment is a subtle call to action: you do not realise how quickly time passes, so do not put things off for too long. There are no short cuts in life, but time can work its magic for those who allow it, and who are focused on the long term.

We try to use advertising to deepen understanding, not just to build awareness of Allan Gray. The new advertisement is an extension of the theme of illustrating the benefits of time, which we began in 2008. Similar to our other advertisements over the last few years, it takes the approach of not only focusing on Allan Gray, but on the investor as an integral part of our investment philosophy. As the investor, you have no control over the speed at which time passes, you cannot jump years like our protagonist, or push them back as she may have wanted to do. But you can decide today to make a long-term decision that will influence your future.

‘Time Flies’ was conceptualised by KingJames, produced by Velocity for Allan Gray and post-produced by Deliverance and Searle Street. 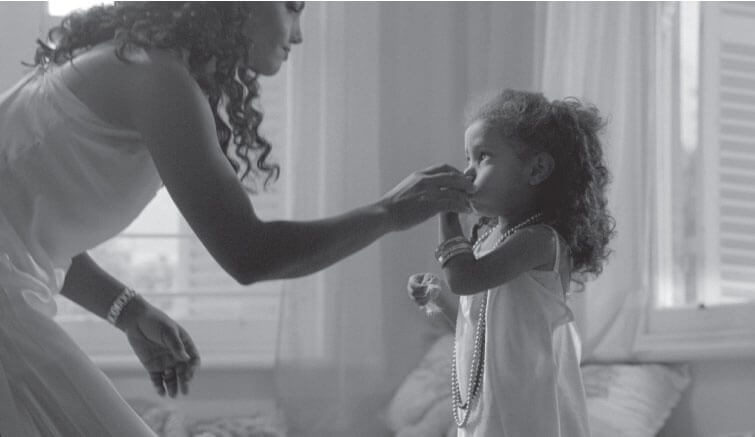 Henk joined Allan Gray in 2008 and heads up marketing. After qualifying as a CA (SA) he entered the financial services industry and has worked in areas of strategy, marketing, client service, finance, operations and information technology.

If you have multiple sources of income, you must ensure that the correct tax rate is being applied by your employer and/or annuity provider – or you could be...

Starting a new long-term investment is less daunting when you follow a methodical approach. In the fifth instalment of our 6-part Personal investing 101...

Get serious with your online security

Fraudsters will pull out all stops to impersonate Allan Gray, such as replicating Allan Gray emails and forms and even posing as Allan Gray representatives o...

Part 4: The role of financial advice in your investment success

You wouldn’t gamble with your health by not seeing a professional, why do it with your financial future? Consult an independent financial adviser to help you...