Finance Minister Tito Mboweni delivered the Budget speech on Wednesday, 26 February. Below we highlight some of the 2020 Budget tax proposals that may impact investors. These changes come into effect on 1 March 2020, unless otherwise indicated.

There were many predictions leading up to Budget day, ranging from a value-added tax (VAT) rate increase to continued bracket creep, but instead we saw no major tax increases and above-inflation adjustments to all tax brackets and rebates, which provides real income tax relief for individuals. There were no changes to the corporate tax rate or VAT rate. The government will, therefore, not raise additional revenue from tax proposals. Instead, the aim is to reduce government spending, which includes a reduction to the wage bill of roughly R160 billion.

What were the key changes?

The highlights from this year’s Budget are summarised below: 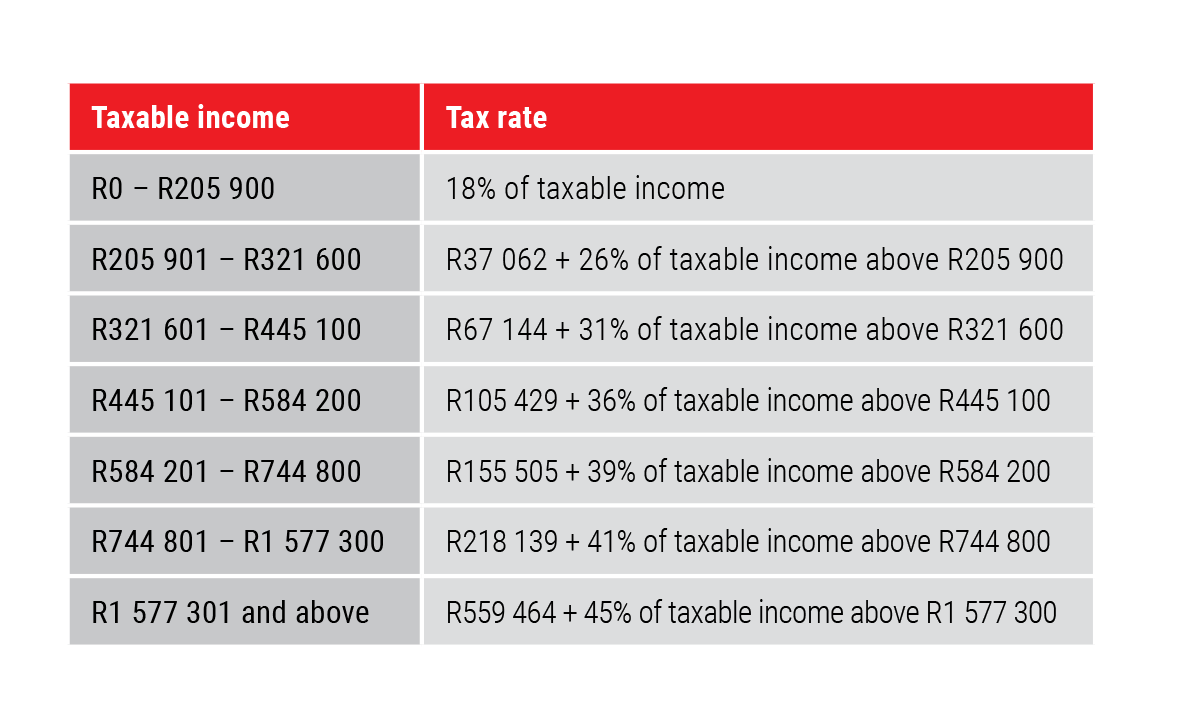 There has been an above-inflation increase to the tax-free thresholds for personal income taxes to the following:

The primary, secondary and tertiary rebates (deductible from tax payable) were increased to the following:

Monthly tax credits for medical scheme contributions were increased by 2.8% to the following:

These increases are in line with the announcement in the 2018 Budget Review that the credit would be adjusted by less than inflation to help fund the roll-out of the National Health Insurance over the medium term.

What has not changed?

Dividends tax remains at 20% on dividends paid by resident and non-resident companies in respect of shares listed on the JSE.

Pre-retirement
The first R25 000 of a pre-retirement lump sum withdrawal remains tax-free. The table below illustrates how withdrawal lump sums will be taxed:

Government and the National Economic Development and Labour Council have agreed to proceed with retirement reform related to the harmonisation of all retirement benefits, including provident funds.

Individuals are currently able to withdraw funds from their pension preservation fund, provident preservation fund and retirement annuity fund when they emigrate for exchange control purposes through the South African Reserve Bank. The concept of emigration as recognised by the Reserve Bank will be phased out and it is proposed that the trigger for individuals to withdraw these funds be reviewed. Any resulting amendments will come into effect on 1 March 2021.

Government wants to encourage all South Africans working abroad to maintain their ties to the country. Consequently, the concept of emigration will be phased out by 1 March 2021. The intention is to allow individuals who work abroad more flexibility, provided funds are legitimately sourced and the individual is in good standing with the South African Revenue Service.

Carla joined Allan Gray as an offshore accountant in 2006 and is currently the lead of the Tax team. She has an Honours degree in Management Accounting, a Higher Diploma in Tax Law and a Postgraduate Diploma in Financial Planning, all from Stellenbosch University.