The nature of contrarian investing

EXECUTIVE SUMMARY: The average investor cannot avoid being bullish at market tops and bearish at bottoms. This produces periods of speculation and panic within the normal up and down cycles of the market. It is during such periods that an investment manager's conviction is tested, but equally provides opportunity to outperform. These opportunities typically occur towards the end of trends of good or bad news which have been in place for long enough that their continuation is widely accepted and priced into valuations. Duncan Artus discusses.

To be a good contrarian, you need to know what you are contrary about. - 'Tomorrow's Gold', Marc Faber

Our investment philosophy and process focus on adding value through bottom-up stock picking - our decisions are driven by our analysts' views on individual companies rather than 'the big picture'. Having an idea of where we are in the investing cycle, as depicted in Graph 1, improves the probability of protecting and growing our clients' capital over the long term, as it is in the panic and speculative phases that investing contrary to the market is most important.

This is very difficult to do psychologically, especially as the market is correct in its assessment of value across a significant proportion of the cycle. It has been said that being early is often indistinguishable from being wrong. The doubts inevitably creep in as the trend continues. 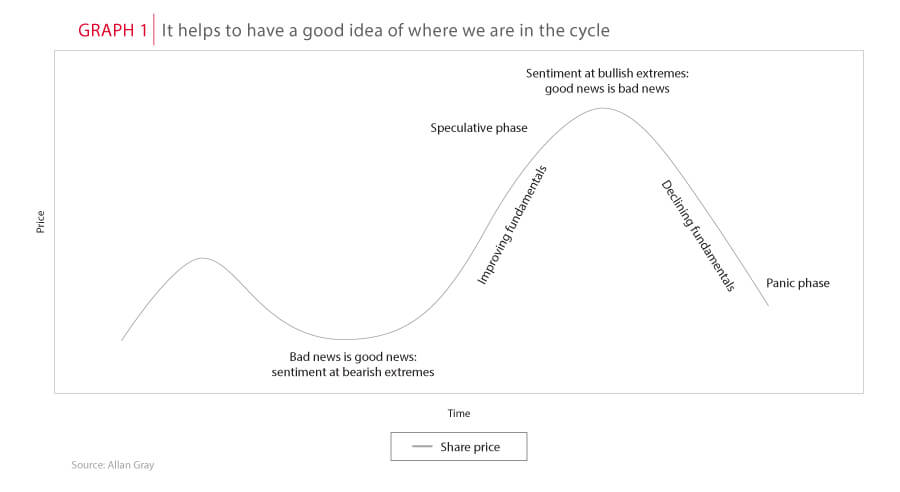 Table 1 illustrates the dilemma an investor faces when deciding to take a contrarian position. What is the contrarian view and, if so, is it the correct view? If the fundamental news is bad, does that mean you should be a buyer? Or is the bad news really just bad news? You may have heard the phrase 'the market is climbing a wall of worry', for example. 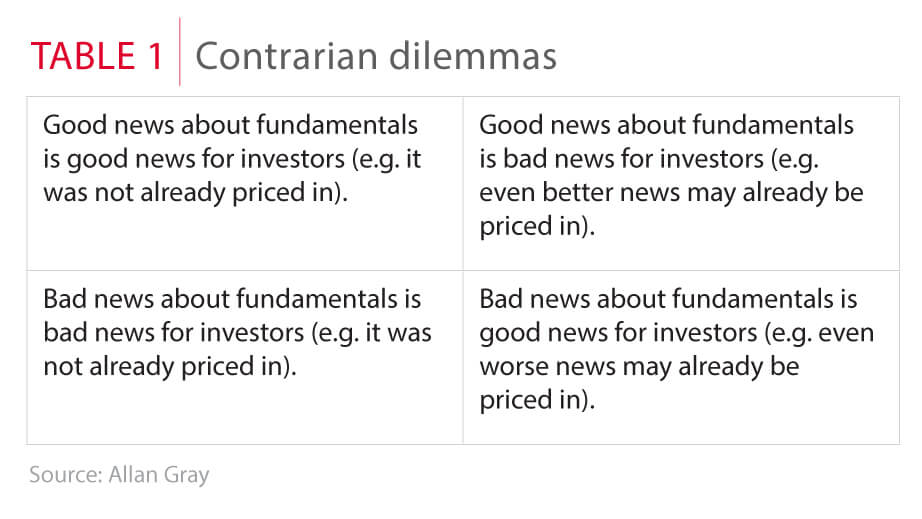 Fourteen economies with a combined equity and bond market cap of US$65 trillion have zero interest rates - is more bad news good news for equity investors? The sheer size of the official response has complicated the process of constructing portfolios, as investors have to think a lot harder about how low probability events that have outsized effects will affect their portfolios.

In an effort to mitigate the downside risks of extreme events on their portfolios, investors have been willing to pay high relative prices for high quality assets, especially those that also offer stable growth. The flipside is that many of the assets that have underperformed and appear cheap are of lower quality and still have downside risk to their valuations in 'bad news is bad news' scenarios.

This dilemma is a dominant theme in the local market. High quality, internationally diversified industrial shares and domestic consumer shares have significantly outperformed resources and, to a lesser extent, financials. The point is well illustrated by comparing two shares that have been represented in our portfolio at different times over the last five years: 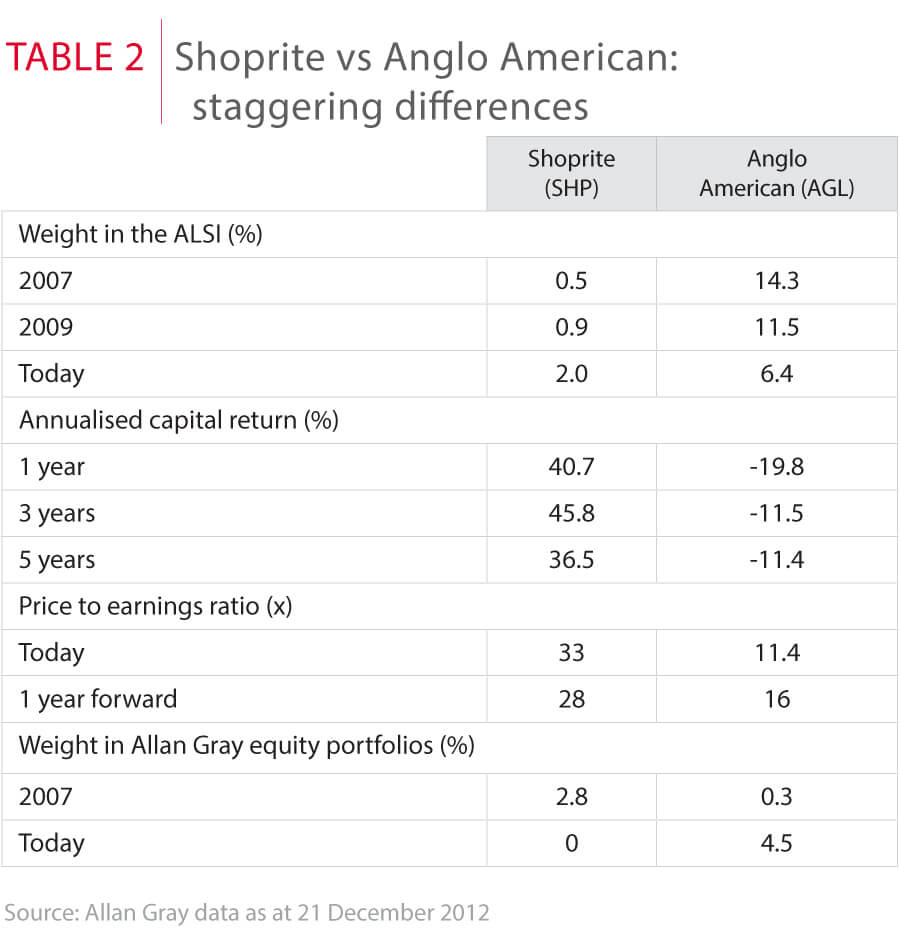 Given the significant performance and valuation differential, we would expect to find value/contrarian managers favouring AGL over SHP. This has certainly been our view. However, AGL has continued to underperform with lower commodity prices, slowing Chinese commodity consumption, platinum strikes and a number of poor capital allocation decisions. SHP, meanwhile, has continued to outperform with strong South African results, a successful African expansion and foreign fund buying.

Graph 2 and Graph 3 show the consensus earnings per share (left hand axes) analysts expected from AGL and SHP in 2012 going back in time against the performance of the shares (right hand axes) over the same period. 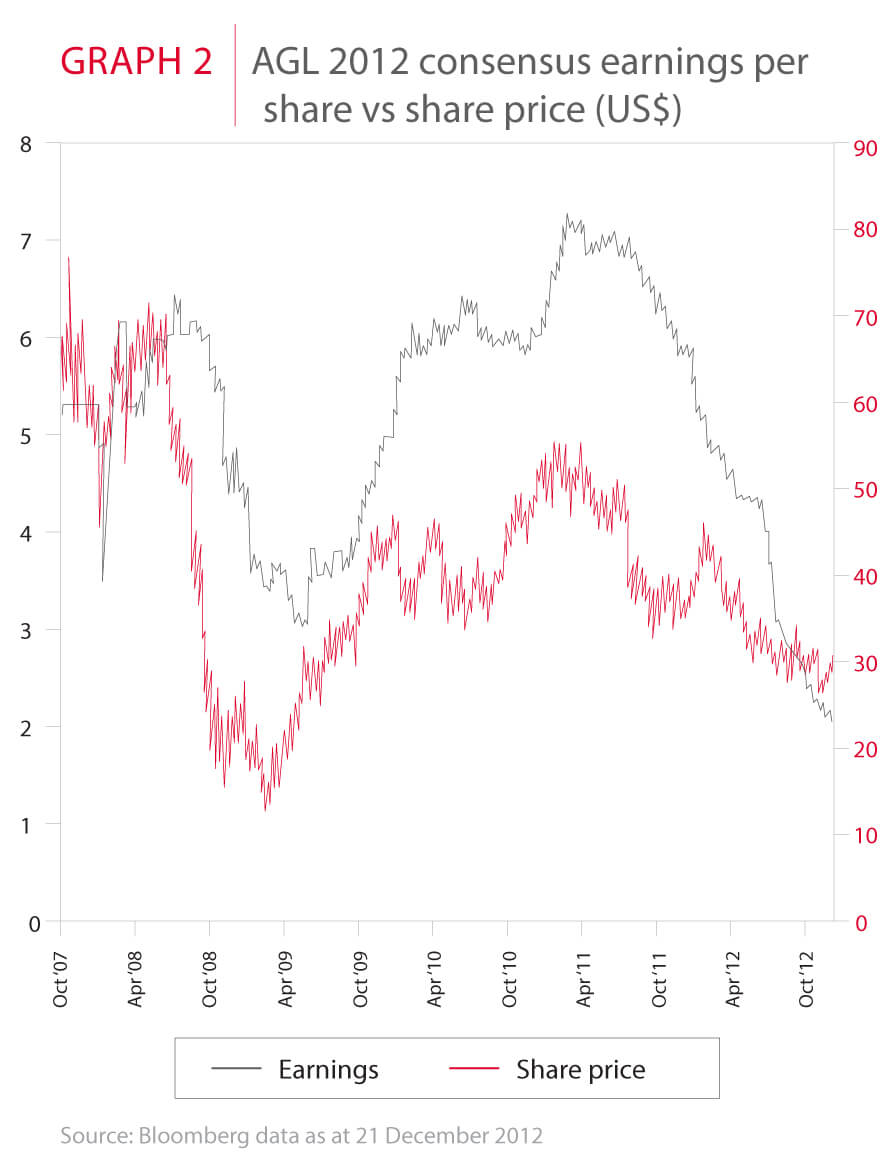 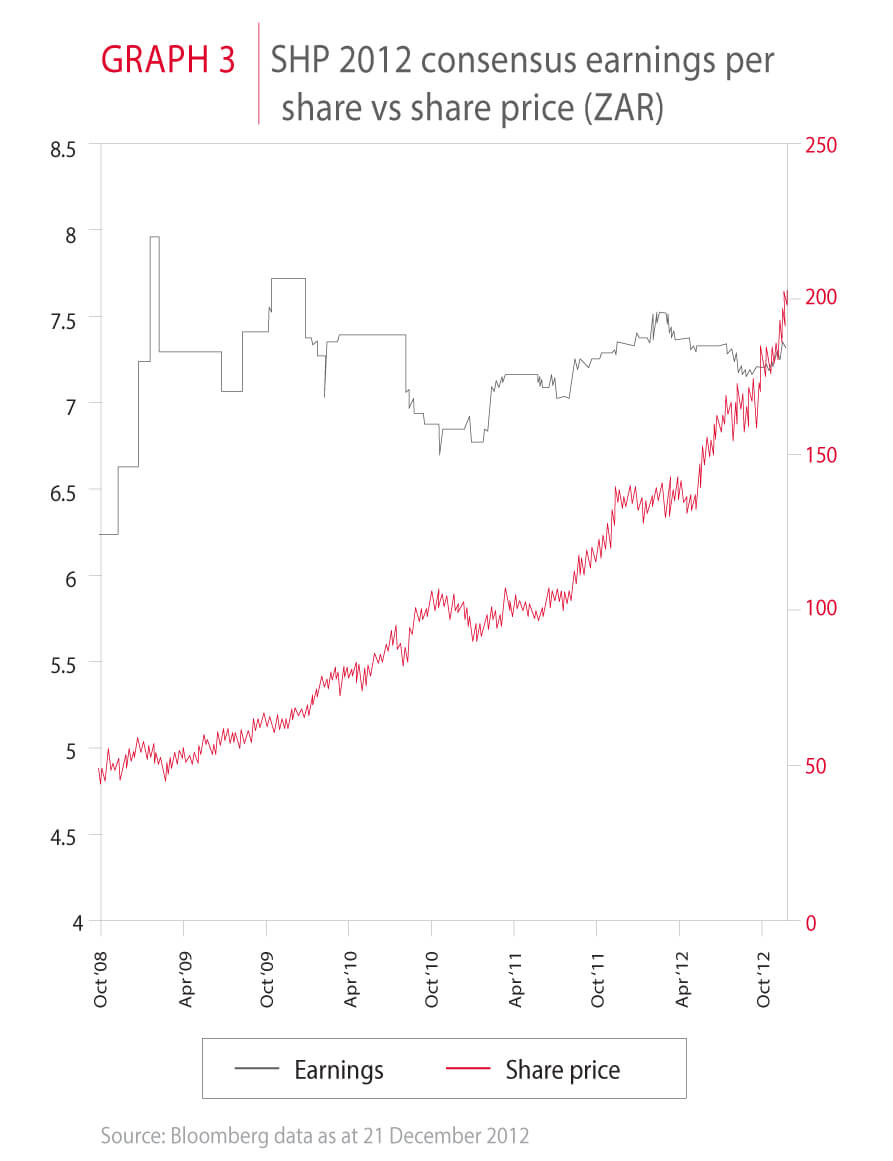 Graph 2 shows how simply deciding to be contrarian and buying AGL on a low PE during a period of bad news has proven to be a poor decision, as earnings expectations have more than halved over the period and the share price has followed. AGL has been in the 'bad news bad news' quadrant.

Graph 3 shows how simply deciding to be contrarian and not buying SHP on a high PE during a period of good news has proved so far to be a poor decision. Despite earnings expectations for SHP not changing significantly, the amazing rise in the share price has been driven by investors willing to pay ever more for the forecast earnings. SHP has been in the 'good news good news' quadrant.

However, we believe the premium being paid for SHP's quality growth is too high. Valuing SHP's furniture business on an 11x PE and the South African business on 20x implies a PE on the African business of over 140x. In our view, this valuation has moved SHP into the 'good news bad news' quadrant.

While we are underweight AGL, it is a top 10 position in our funds (see Quarterly Commentary 4, 2011). Earnings continue to fall and remain vulnerable to the global risks discussed above and the consequences of poor capital allocation decisions. If AGL's stakes in Anglo American Platinum (Amplats) and Kumba Iron Ore are valued at market, the remainder of the business is on a 7.5x PE. From these depressed levels we believe AGL is moving into the 'bad news good news' quadrant.

Given the rise in the local equity market over the last decade, we think there are very few growing quality businesses that are trading at attractive absolute valuations. We have been increasing exposure to lower quality underperforming shares, mainly in the resource sector, in a measured manner, while still maintaining a healthy weighting to SABMiller, British American Tobacco and Remgro should the recent spate of bad economic news ultimately turn out to also be bad news for valuations, as we suspect it may well be.