Society is very good at identifying certain types of talent – IQ, music and sporting ability, to name a few. If you are exceptionally gifted in these areas there are systems that will no doubt find you and allow those talents to be fully developed. However, this is not the case with the important societal ability of exceptional entrepreneurial talent. This is surprising when one considers that exceptional entrepreneurial talent is extremely rare: Gallup suggests that only five in 1 000 people have the aptitude for starting and growing a significant business while 20 in 1 000 have IQs high enough to be accepted into MENSA, the world’s largest high IQ society.

Clifton has come up with the following solution:

Clifton believes that the result of this solution would be game changing. On an annual basis a country would know the best potential entrepreneurs emerging from high school and have a clear pathway for them to translate that potential into achievement. A very specific human talent would have new value and respect, resulting in significant impact on the future of cities and nations. Let us indulge in a thought experiment. What if the Clifton solution had been implemented, not in response to the book, but 10 years earlier at the tip of Africa? Further, what if this experiment had led to a cumulative 43 000 applicants for the entrepreneurship development programme, resulting in the funding of 2 500 years of education and requiring 300 full-time equivalent years of labour to make it happen? What if the experiment was taken even further, not ending with education and skills development, but continuing to complete the cycle with the offer of dedicated venture capital funding? What would this look like?

Fortunately, we don’t require much imagination to conduct this experiment as it is exactly what the Allan Gray Orbis Foundation has done over the past decade. This has resulted in over 750 beneficiaries – our ’assets under management’ – honing their skills as high potential entrepreneurs across our pipeline from high school and university to their initial careers and enterprises.

Table 1 reflects the number of beneficiaries in the programme and the rest of this piece provides some highlights of the current impact of the Foundation’s implementation of the Clifton solution.

Our pool of youngest beneficiaries had an exciting year, with 36 of our Scholars, from Grade 8 to Matric, receiving top accolades at international, national, provincial and school level in the academic, sporting and cultural spheres.

Our older scholars made us proud through their various awards and recognition. A Grade 10 girl was one of two from her school chosen for the 2015 Roundtable Project in India. Another was chosen to play for the UCT Philharmonic Orchestra.

We were proud to have a Year Engage (First Year) Candidate Fellow serve as South African Ambassador at the G(irls)20 Summit, as well as representing the Youth Policy Committee at a Global Youth Consultation on the World Humanitarian Summit in Doha.

The First Prize in the Best Innovative Student Business Idea Category of the Western Cape Premier’s Entrepreneurship Recognition Awards was won by a Candidate Fellow at Stellenbosch University. It was also encouraging to see our Candidate Fellows remain socially invested. For example, one Candidate Fellow designed an HIV/AIDS awareness game.

At the end of the year a Year Explore (Third Year) Candidate Fellow won the World Universities Debating Championship. Towards the end of the year we were pleased to learn that six Candidate Fellows and Fellows had been selected as Mandela Rhodes Scholars, bringing a total of 15 Mandela Rhodes Scholars chosen from the Fellowship over the last two years.

To learn more about the growth, changes and impact of our Candidate Fellows, please watch a video of our biggest annual event, the national Jamboree here.

In September 2015 we hosted the sixth annual Circle of Excellence (COE) Principals Conferencein Johannesburg at the African Leadership Academy, which brought together 55 leaders of our member schools. The COE celebrates and promotes the development of holistic educational excellence in South Africa. It was launched in 2008 to identify and celebrate the country’s top 100 secondary schools for their excellence in education and their consistent delivery of successful candidates to the Fellowship. A complete list of the COE schools can be found here.

The Association now has over 20 full-time businesses started by Allan Gray Fellows, a portfolio which is currently conservatively valued at around R400 million, as well as over 200 professionals applying their entrepreneurial skills in a wide range of South African corporates and sectors. In June 2015 our Fellows tested the viability of their business ideas at the Startership Seminar – a national event where they have the opportunity to get practical advice about their businesses. Pitches for final funding took place at a seminar hosted by the Association’s Venture Capital Fund, E2

The E2, judges were impressed with the quality of this year’s pitches, with Benjamin Shaw’s HouseMe service taking the top prize. Ben’s service is an innovative solution that optimises the rental market through an auction mechanism and other value-added services.

Finally, 17 intrepid Fellows travelled to Accra, Ghana in November 2015. Dubbed ’Expand your horizons’, the purpose of the trip was to explore the Ghanaian entrepreneurial ecosystem and to foster learning and collaboration in addressing challenges and unlocking opportunities around youth entrepreneurship.

As we reflect on 2015, a watershed year for the youth of our country, the year of #rhodesmustfall and #feesmustfall, Mr Allan Gray’s words ring true: ‘We should have great confidence in the ability of youth.’

Indeed, we underestimate the youth at our peril. From every corner of the country, from crowded cities to rural communities, we remain honoured to be able to invest in and work with our young ambassadors of change, to be co-creators in their visions that focus on solutions rather than problems. And, as always, we can’t help but be optimistic about what the future holds because the potential of these young citizens is identified early and intentionally developed.

Keep abreast of developments at the Foundation by subscribing to our blog. 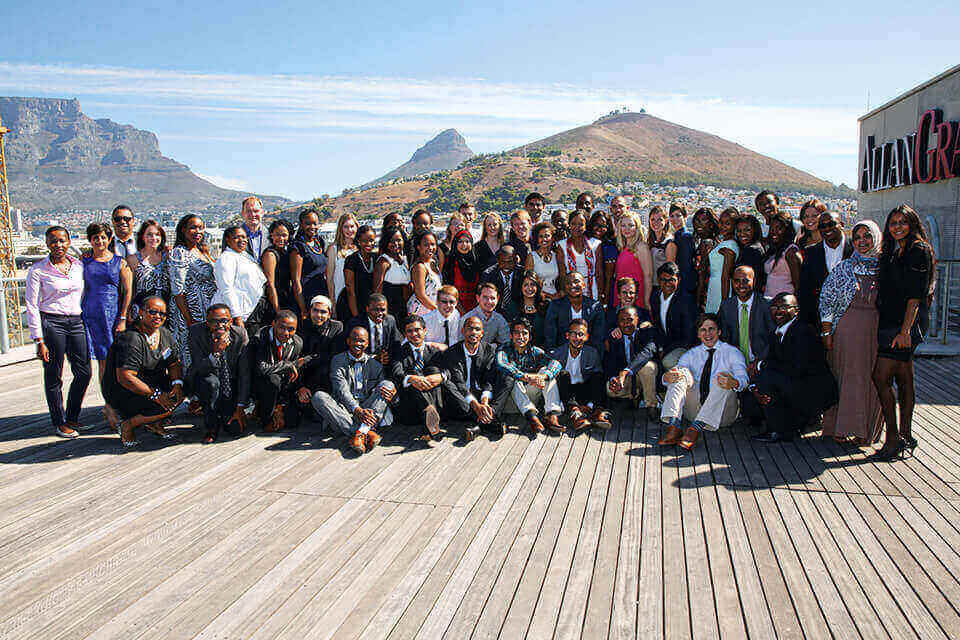 Zimkhitha Peter is the Head of Programmes at the Allan Gray Orbis Foundation. She joined the Foundation in 2008 and holds a BCom Honours in Industrial Psychology (UNISA) and a Leadership Development qualification from Harvard Business School. She is passionate about seeing the Foundation as the centre of excellence in the development of entrepreneurial capabilities.

It is with deep sadness that we mourn the death of Allan William Buchanan Gray, the founder of Allan Gray and Orbis. He died of natural causes on 10 November...

The focus of the Allan Gray Orbis Foundation is to cultivate an entrepreneurial mindset in South African youth. But this is not merely about producing...

The mission of the Allan Gray Orbis Foundation is to cultivate the entrepreneurial potential of young South Africans, which can also lead to success in many...

In April, the Allan Gray Orbis Foundation was awarded the Research Champion Award at the Global Entrepreneurship Congress, held in Istanbul, for the pioneeri...