Domestically focused shares that are exposed to the local economy have underperformed the overall market. Duncan Artus investigates whether the current environment presents any investment opportunities.

The underperformance by domestic shares has reached quite significant levels. This is illustrated by Graph 1, which compares the performance of the MSCI South Africa Index, excluding Naspers, as a proxy for domestic shares, to the FTSE/JSE All Share Index (ALSI), which is dominated by large dual-listed shares. The disparity suggests that domestic shares could be a fertile hunting ground for contrarian investors. 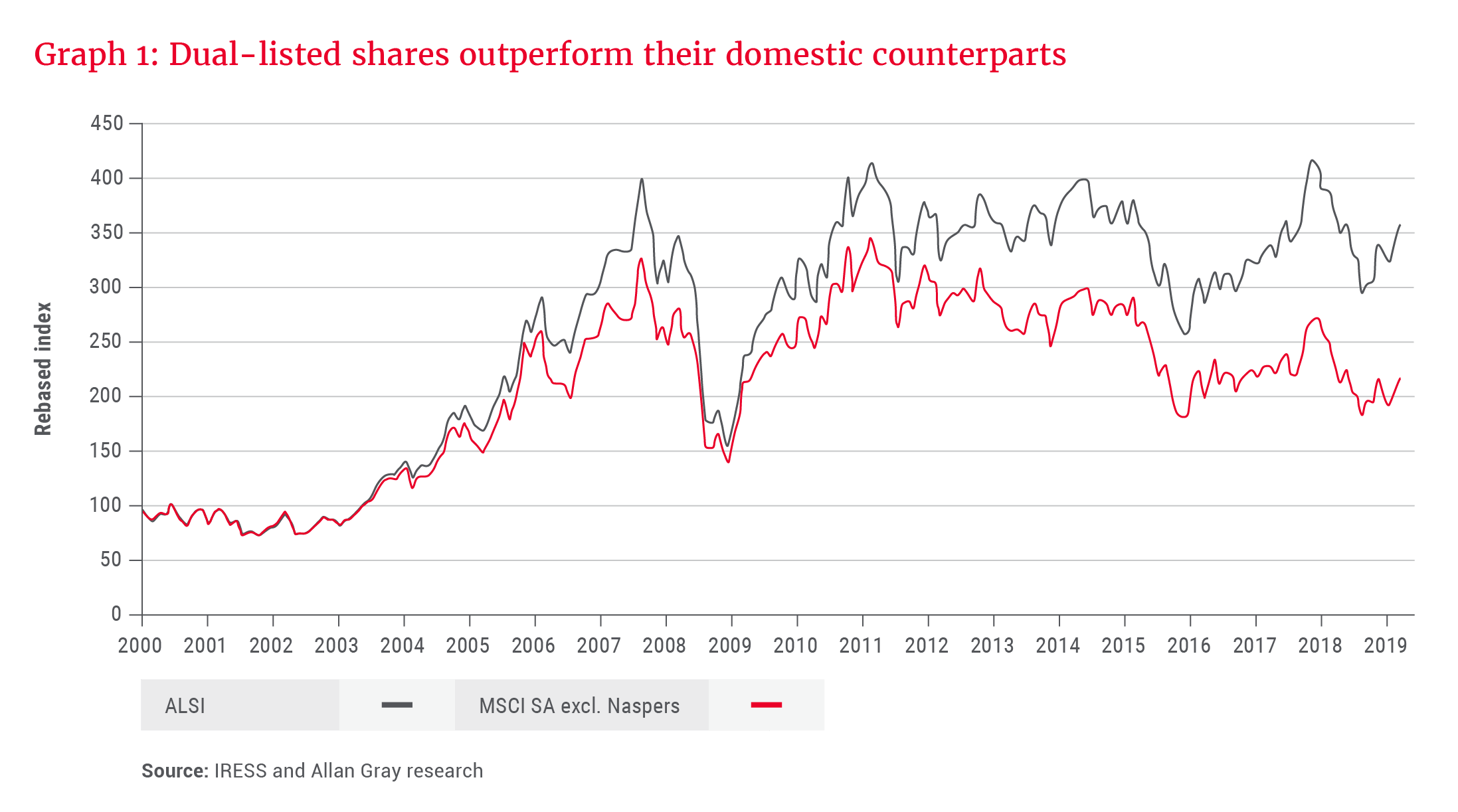 The poor economic growth of the last few years has started to take its toll on local companies, with many now reporting declines in earnings. A business can only cut costs and focus on efficiencies for a finite period; sooner or later, top-line growth is needed to grow the bottom line.

To illustrate the tough conditions, Graph 2 shows the profit history of AVI, which we consider to be among the best-run industrial companies in South Africa. AVI recently reported its first decline in earnings since unbundling glass manufacturer Consol and reporting in its current form. 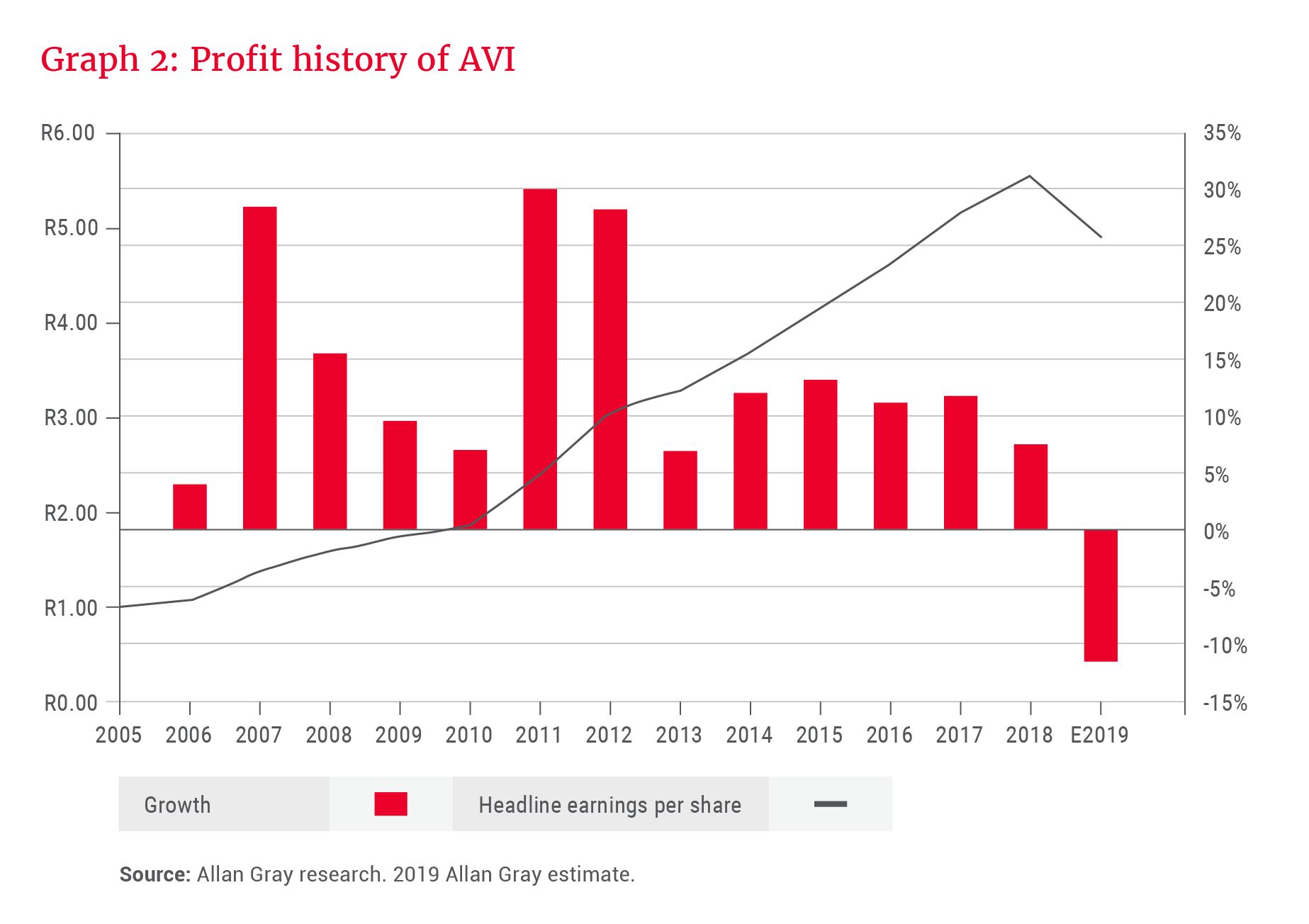 To get a sense of how entrenched this decline is, we took a closer look at the current and historic performance of four shares that are representative of the domestic universe: a clothing retailer (The Foschini Group), a food retailer (Shoprite), a food producer (Tiger Brands) and a bank (Standard Bank).

Table 1 shows the price declines from their recent peaks, measured in US dollars, their five-year compound growth in earnings per share and, most importantly, the price the market is currently paying for each of them. We have looked at the share price movements in US dollars as imbalances in the local economy, which can boost consumption in the short term, are often corrected through a weakening rand.

The decline in share prices and muted profit growth remind us of a similar period when domestic consumer shares dramatically underperformed and reached valuations that, in hindsight, produced unbelievable bargains.

we believe there are some opportunities to be found, and the weighting to domestic shares in our portfolios is increasing

Graph 3 shows the performance of the Financial and Industrial index relative to the Resource index from 1998 to 2004. What is striking is the acceleration of the collapse in 2001 and into the beginning of 2002. From January 2001 to the bottom in February 2002, it underperformed by 58%. The rand weakened significantly (63%), causing inflation and interest rates to rise. In addition, new forms of expenditure, such as on cellphones and legalised gambling, changed spending patterns. 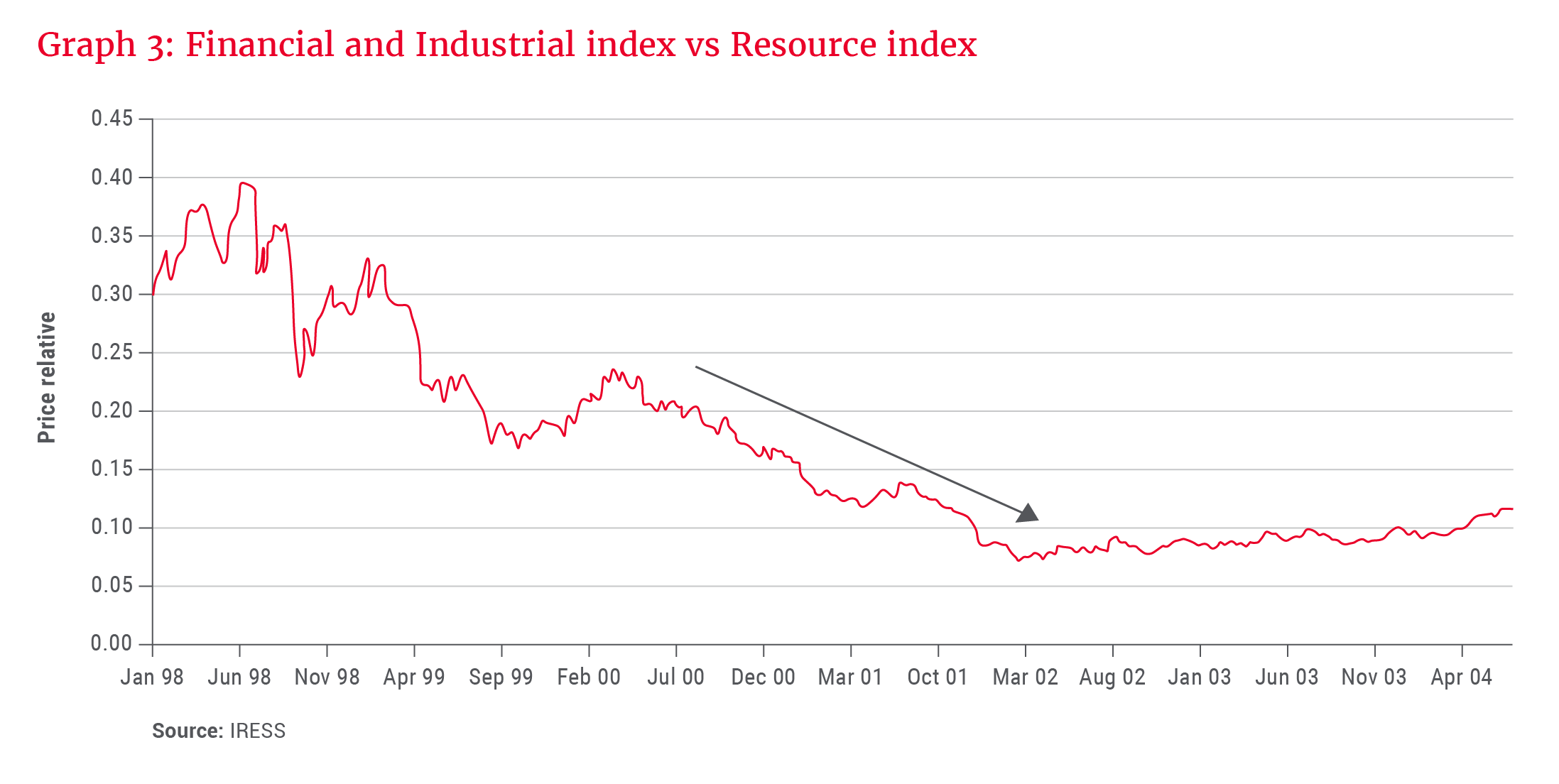 Table 2 highlights the same metrics as Table 1, but in 2002. It is immediately apparent how brutal the fall in share prices was and the resultant depressed valuations. What is interesting is that the five-year earnings performance for three of the four companies was actually better than today.

So what happened to those investors who were willing to look through the negative sentiment and buy into these companies? Firstly, they would have experienced severe short-term underperformance, as typically, if one buys shares when they are looking cheap, it makes sense to keep buying on the way down. But for those with high conviction, the pressure was worth it, as consumer shares eventually bottomed and embarked on a multiyear bull market.

Buying shares on low price-to-earnings ratios, on depressed earnings, is a recipe for creating wealth. The annual US dollar returns, excluding dividends, from buying each share at its low and holding it for five years are shown in Graph 4. 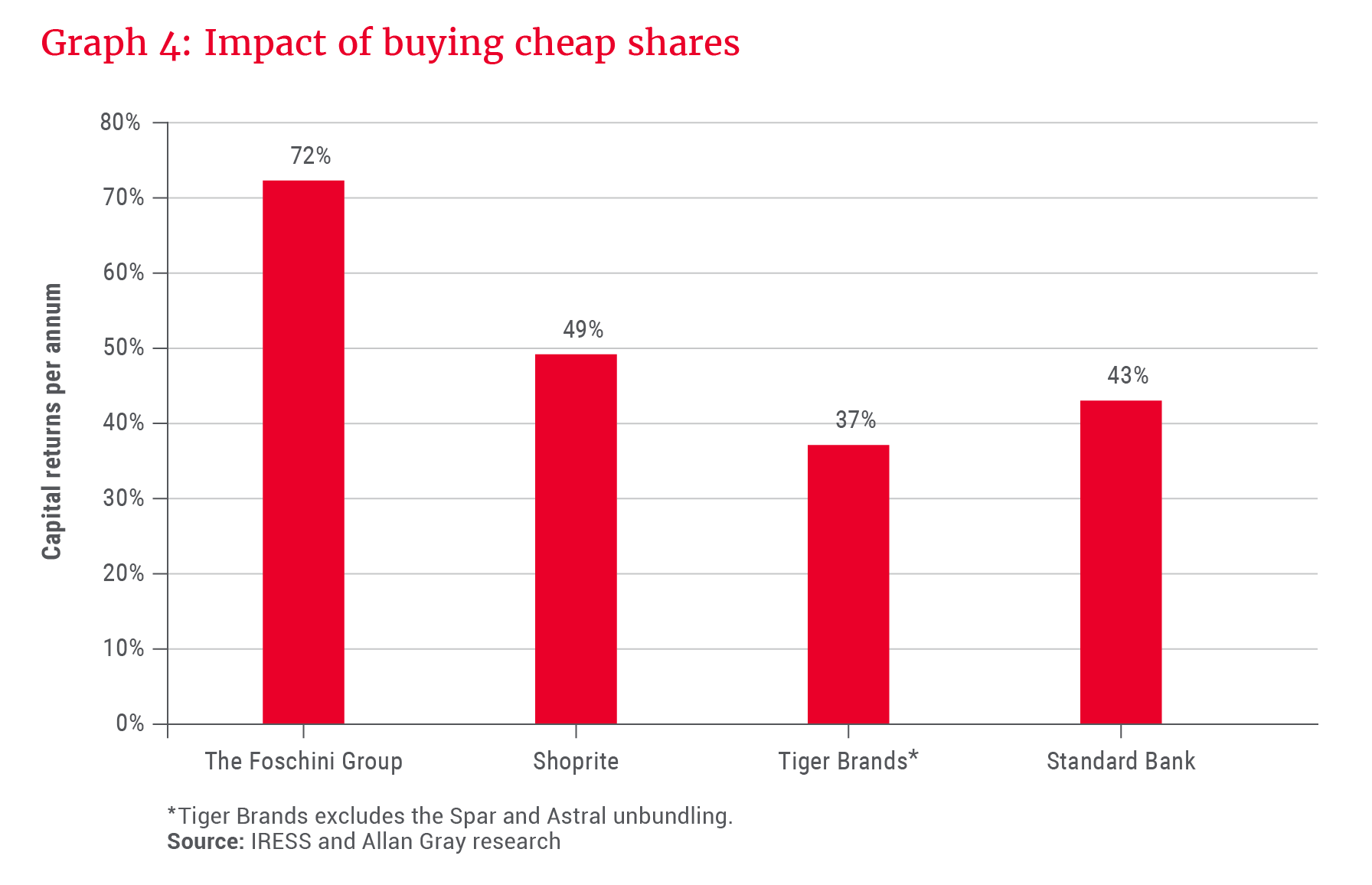 We believe it is unlikely that investors buying low today will have as much success as during the previous depressed period, as valuations today are higher than the bottom in 2002/2003 (although one could point out that earnings may be more depressed). However, we are prepared in case a similar opportunity presents itself in the near future, as companies continue to report disappointing earnings.

On the positive side, interest rates are high, the rand has been weak, and credit growth has been anaemic. These factors may turn, as they did in 2002. What is unlikely to reoccur is the significant increase in the government wage bill and social grants, which provided a strong tailwind for domestic companies’ earnings.

The other notable difference to the 2002/2003 bottom is the number of offshore acquisitions that have been made by domestic companies looking to diversify away from South Africa since the early 2000s. Local companies in general don’t have a proud track record when it comes to offshore acquisitions, and their share prices have been punished as a result. This may provide opportunities where the share price has been excessively punished, as we believe is the case for Woolworths, who overpaid for the acquisition of David Jones in Australia, contributing to Woolworths’s share price more than halving.

In summary, while there are many parallels to 2002/2003, and it is the area absorbing most of our research effort, the valuations offered today are not at the depressed levels on offer back then. However, we believe there are some opportunities to be found, and the weighting to domestic shares in our portfolios is increasing.